15-Minute Tackle + Food Round Up

I really feel as if I've neglected this blog this week.

I've been putting off posting about last week's 15-Minute Tackle.  Mainly because it took me until THIS week to complete only one portion of it.  I planned on getting the guest room decluttered and I also wanted to work on thank you cards.

The guest room is clean, still a little cluttered but that's not likely to change unless we move the computer to another room.  We don't have another room.

The thank you cards are started.  Not finished.

So, I guess we'll say that is my 15-Minute Tackle for this week.  FINISHING thank you cards...plus getting the house ready for Super Bowl Sunday.  I'm not going crazy with that though.  Taking it easy on myself!  Head on over to The Domestic Contessa to learn more about the 15-Minute Tackle!

While I'm admitting defeat, I guess I should also say that I'm not doing well with cutting back on junk food and soda.   While I'm cooking healthier dinners, I'm still snacking ALL day and just can't kick the soda habit!

Another reason for my neglecting this blog is because I've been cooking up a storm!  Since my other blog is my recipe blog, that's where I've been this week! 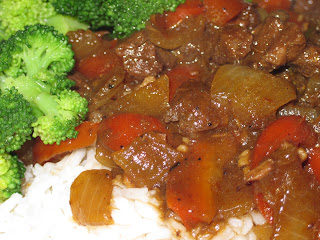 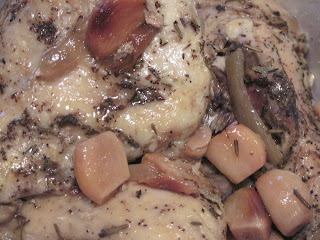 Crock-Pot Chicken with 40 Cloves of Garlic 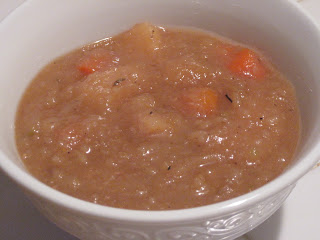 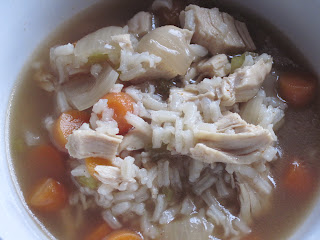 Chicken Rice Soup
I also made home-made chicken broth for the second time ever in two weeks!  I'm pretty impressed with myself as far as that's concerned.  I do plan on doing a blog post about my chicken broth, but I just haven't gotten to it yet.  Not with posting all those other recipes.
As I mentioned before, we don't go out to eat nearly as often as we did before we bought our house.  I cook most nights and the nights I don't cook, we're eating leftovers.  I usually stick to the basics and occasionally try a new recipe here or there.  But all of those new recipes in such a short period of time...that's a record for me!
Be sure to click the links under the pictures of the recipes.  That will take you over to my other blog (My Vintage Kitchen) that is dedicated to recipes (and kitchen stuff).
This blog post will be shared with the following blog carnivals:
⌘ Posted by Alison on Friday, February 05, 2010