For Christmas, Grace's grandmom gave us tickets for Disney on Ice.  When she called me a couple of months before Christmas to tell me her plan, I was really excited and tried to point out the commercials on TV to see Grace's reaction (not telling her we would be going).  She didn't have much reaction until I showed her a clip online the day before the show.

I don't usually tell Grace where we are going that much in advance. Typically, I wait until it's time to get dressed and head out the door to tell her of our plans, but after showing her the clip, I just couldn't wait to see what she thought of going to see the ice skating princesses!

She was very excited but I could tell she still didn't grasp the concept, but she was very cooperative when it came to getting dressed and ready to go the following day!

After putting her clothes, Grace wanted me to help her with her accessories.  While I figured she's only want to wear her tiara, she surprised me when she also chose to wear the matching earrings, necklace and bracelet!  She surprised me again when she wore them the entire ride to the arena (over an hour) and during the whole show! 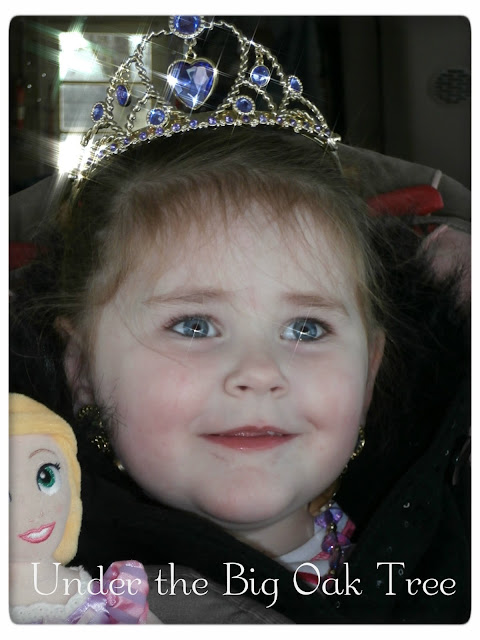 On the drive there, I kept asking her if she was excited  and when we were close enough to see the arena, I pointed it out to her.  Grace's response was, "Let's get this party started!" 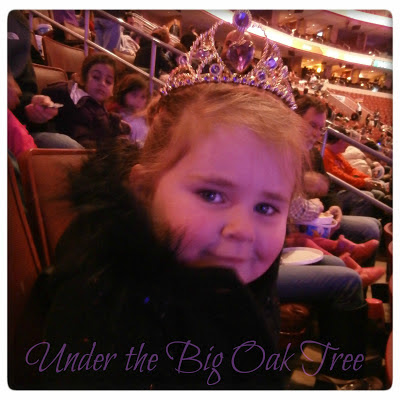 I took her Rapunzel gown (also a gift from her grandmom) with us, to put over her clothes once we got there, but she was a tad bit overwhelmed when we got inside.  She remained cheerful, but insisted that Joe carry her almost all the way to our seats!  At the section before ours, I convinced her to help me find the number of our section and she walked a little of the way! 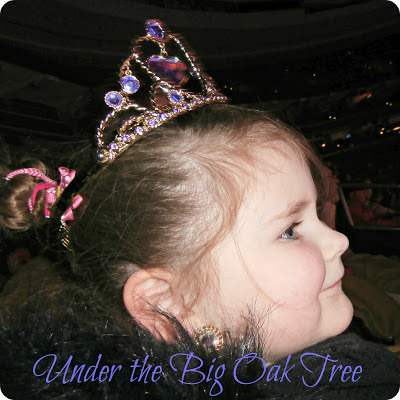 Removing her coat to put her gown on was not an option, she preferred to wear her coat the entire show.  She enjoyed popcorn and cotton candy while watching the show and just seemed in awe of the entire event.
Grace insists that Rapunzel was the best part of the show, but Joe and I agree that watching her enjoy the show was our favorite part! 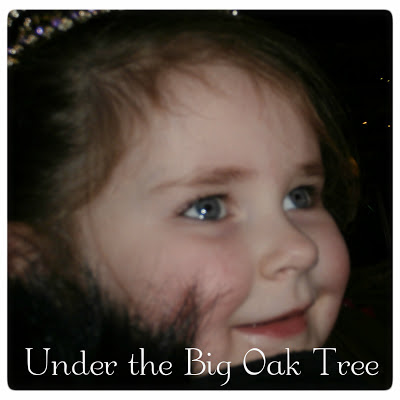 We'll be making it a point to get tickets for next year's show!