Since starting Weight Watchers a few weeks ago, I've been spending a lot of time focusing on my own food and Joe has been a good sport.  He's been a really good sport about it and for the most part he's been eating the same things that I prepare for myself, just adding cheese or non-WW-Friendly tortillas or sauces or whatever else to his portions.

Veggies have been the main component to most of the meals I've been preparing lately and I've really been trying to find new ways to use them up.  When I saw a recipe for a tomato salad, I knew that was something that Joe would enjoy a lot but I also knew we had other vegetables that needed to be eaten, so I switched things up a bit.  Since this recipe contains fresh tomatoes and more oil than I allow myself each day, this salad was all for Joe.  He was pretty pleased with the result. 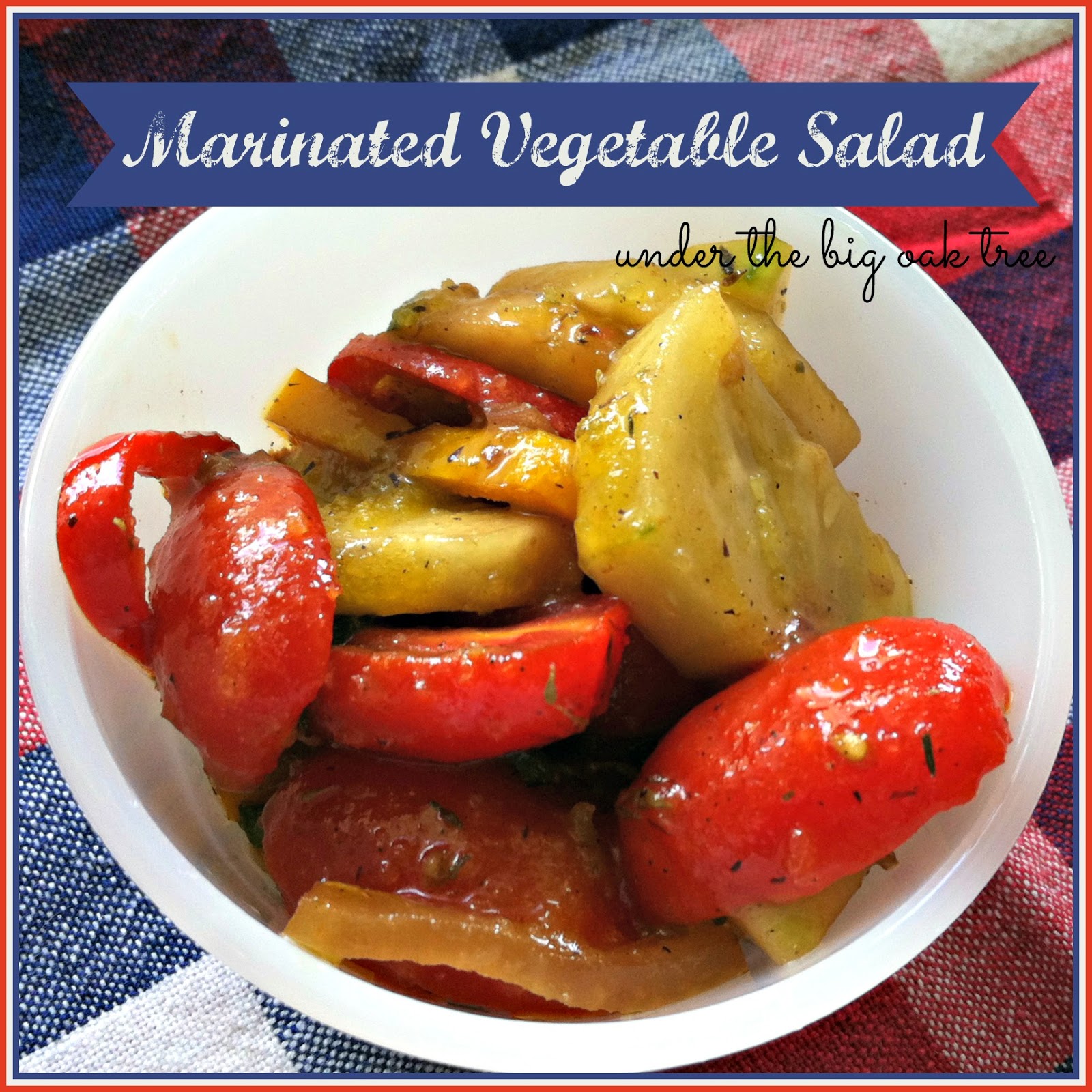