While the trips to Lancaster didn't happen too often, I could always count on the deli to serve up my favorite chowder at least once (sometimes twice) a month.  Soon, that wasn't enough to satisfy me!  I decided I'd try to make it myself.  Someday.

Looking through my trusty Better Homes & Gardens Cookbook, I was excited to find there was a recipe for corn chowder without the chicken.  Of course, I had to have the chicken, so I always added it near the end of the cooking time.  A few other small changes led us to our favorite Chicken Corn Chowder recipe...or in today's case, Turkey Corn Chowder! 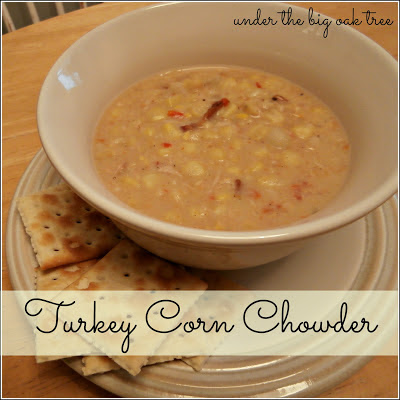 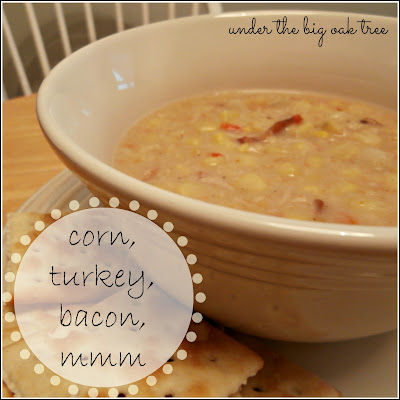 I make corn chowder several different ways, but this recipe has continued to be our favorite even after all these years!