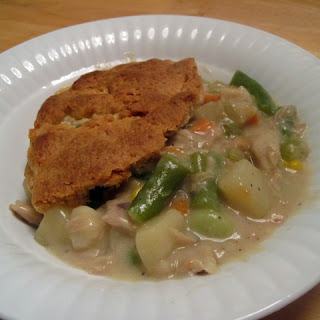 Rachel Ray had a Chicken pot pie turnover recipe a few years ago that we liked. It used pie crust cut in triangle with the chicken in the middle. I liked the chicken mixture to crust ratio better than the potpie recipes I've seen.

You could make this with your Thanksgiving turkey leftovers. Budget friendly that way!!

@Merry I'll have to check that out! Sounds yummy!

@Colie's Kitchen That's the plan! :) I'm really looking forward to all of the meals I can make with the leftovers!

I LOVE a good potpie! This looks great!