It's a rainy Monday here in Pennsylvania.  Grace is feeling under the weather again, so the rain really doesn't have any affect on our Labor Day plans.  Although, Joe did get drenched while doing some outdoor chores this morning.

With Grace being sick, I've planned a lot of easy meals for the week.  Frugality is key for this month, as well.  After several weeks of challenging myself to use foods from our pantry and freezer during the summer, I burned out a bit and started to slack on cooking at home and being frugal.  We splurged quite a few times in the past couple of weeks and we can definitely see the difference in our bank account.

September I will focus on using what we have as much as possible, rather than running to the supermarket or ordering take out (as tempting as that may be).  To help with this plan, I'll be making use of my slow cooker as much as I can.

There's something comforting about a meal cooking all day in the "crock pot".  At least it's comforting to me!  I think it might have something to do with the fact that dinner is taken care of even before I've thought of breakfast!  And if I clean up as I go, there won't be much of a mess either!  Comforting thought, right?  :) 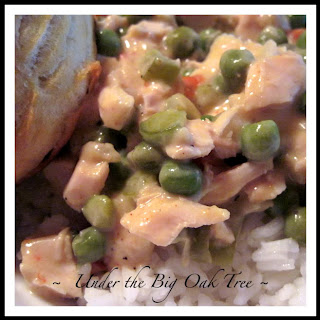 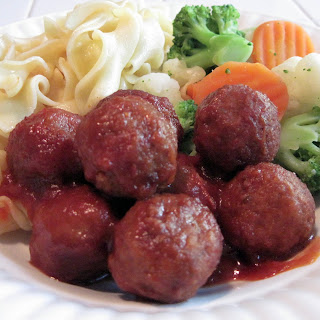 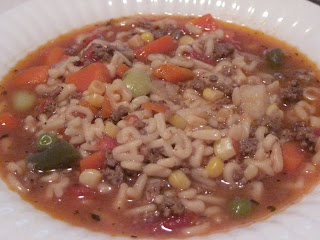 So, what's on your menu for this week?

Follow me over to Menu Plan Monday at I'm an Organizing Junkie for more menu planning ideas and recipes!

I like easy cooking nights! That soup looks good, that's the one good thing about soup, you can just throw things in and it can be different each time! :-)

what a great menu plan! im tempted to try the meatballs but are they spicey
I would love if you stopped by my blog
Here is a link to my Menu Plan
Have a great week:)

I broke out the crock pot for the first time this season and made a delicious beef stew. I go through fits and starts with the 'pot, a few weeks of intense use and then I just forget about it.

I don't know if you're interested, but I know you were on the STS challenge and was wondering of you wanted to join my Christmas Dress challenge? If you're focusing on budgeting right now it may help you too, I always eat better when I'm trying to watch my pennies because I buy less junk. The details are here: http://assumingvirtue.blogspot.com/p/christmas-dress-challenge.html and I'd love to have you take part if you were interested.