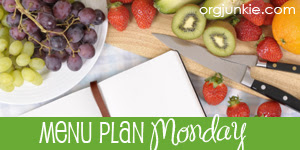 Although we didn't get to all of the meals planned, last week's menu plan went well.
We tried three new recipes last week and really love the way they all turned out!  Whew!  I'm always nervous about trying new recipes.  I worry that we won't like them or that I'll screw it up somehow.  So, planning three new recipes in one menu plan was pretty daring for me!  (Yes, my life is so boring that the most exciting and daring thing I do, is try new recipes!)

The first of the three new recipes was Hearty Un-Stuffed Cabbage Soup which was inspired by Katie's Beef Cabbage Soup.  This was my favorite meal of the week. 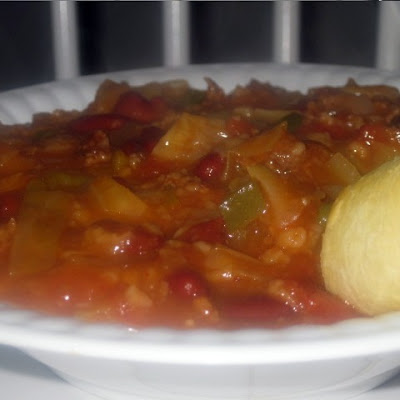 Next up, we enjoyed a very filling, slow-cooked, Vegetarian Lentil Chili.  I followed this recipe as close as possible, making a few adjustments here and there.  I really liked this recipe a lot and have plenty left over to store in the freezer for future meals. 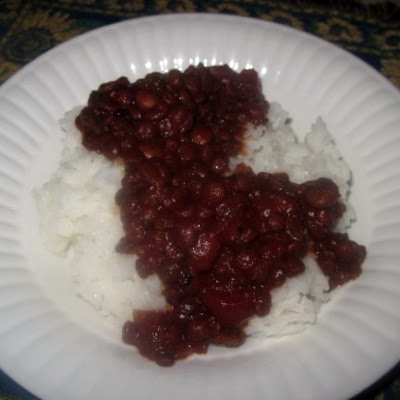 Another new recipe we made this week, was Zesty Chicken and Vegetables in the Crock Pot.  This recipe was so simple!  I made a few changes to the original recipe, mainly because I was trying to use up the last of the veggies in the bin and the dressing on the fridge door!  I'll definitely be making this again! 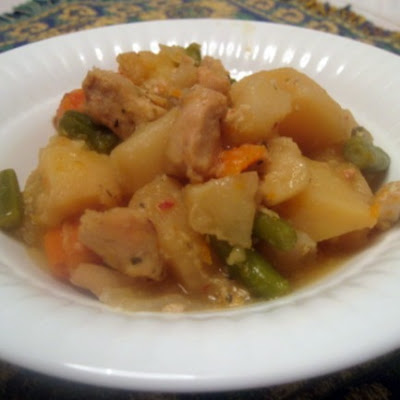 This week, I'll be cooking from the freezer and pantry as much as possible.  I'm low on fresh veggies, so we'll have to pick a few things up from the store...but since we're there twice a week for milk, that won't be a problem.  I'll just stick to the list and try really hard not to add anything else to the shopping cart!

Here are some of the things we'll be eating this week: 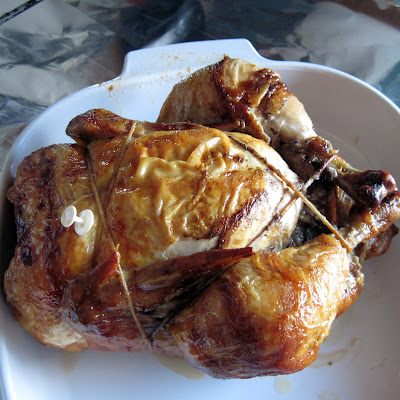 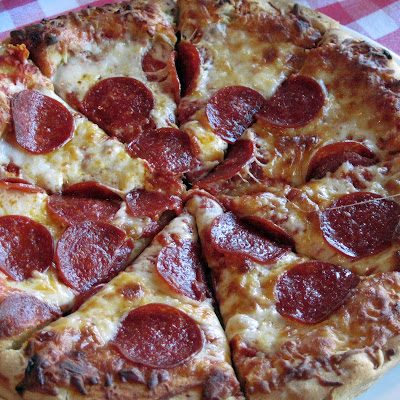 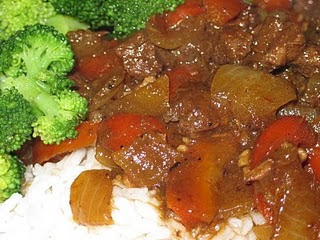 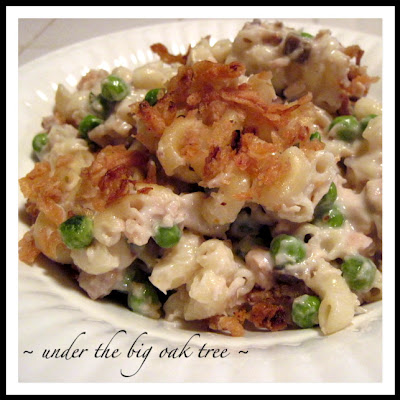 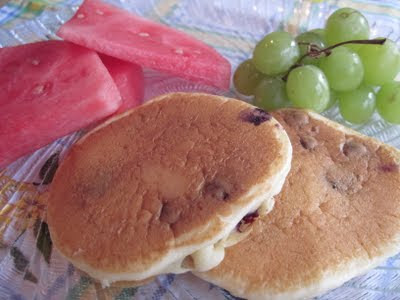 So, that's what will be cooking at our house this week!  What's on your menu?  Let us know in the comments or follow me over to I'm an Organizing Junkie and link up your weekly menu on Menu Plan Monday!

Thanks for sharing your recipes! It IS amazing how much cheaper we can do "fast food" at home! I do like trying new recipes, but I know what you mean about being nervous. It seems to take me a lot longer too, b/c I'm checking and double checking ingredient amounts and what comes next cuz I don't want to screw it up! :)

The Asian Pepper Steak looks really good! I might have to try that soon. I'm on a stir-fry craze right now, so that will fit in! :)

Stopping by from MPM.

What a gorgous menu plan this week, so glad your recipes from last week turned out so well. Love Cabbage soup and that one looks really good.

I'll have to try that soup! Thanks!