I planned on sharing a sweet Valentine's Day photo of Grace this morning.  We had a great morning, I gave her a bath, clipped her nails, did her hair and I had a cute pink dress set out for her to wear.  I showed Grace the dress and she seem thrilled at the idea of wearing it.  Until it actually came time to put it on.  Grace gets freaked out when it's time to put shirts/dresses over her head.  Some freak outs are worse than others.  Yesterday was particularly bad.  She ended up in a Sesame Street T-shirt and a pair of gray leggings.  Both of which I had to wrestle onto her!

So, it's a good thing I had other photos to share with you today!


A couple of weeks ago, we were eating breakfast at the table.  I look over to see Grace picking up her little Toy Story 3 cards and trying to arrange them in her fingers like a poker pro! 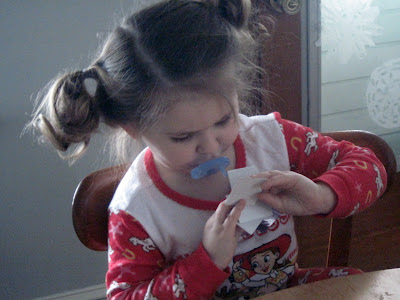 I cannot imagine where she came up with this idea!  It's been over a year since she watched her cousins play Uno, so I don't think that's was it! 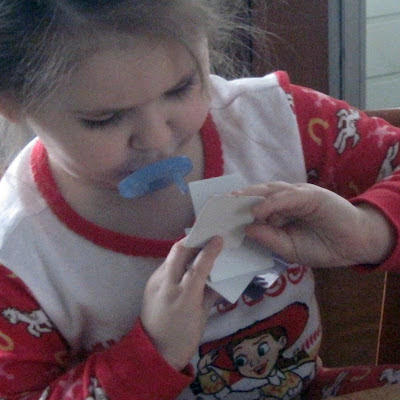 Soon after she arranged the cards to her liking, she looked over at me and told me to "Pick a card!  Pick a Card!"  I'm guessing she was doing card tricks?  Pick a card, any card! 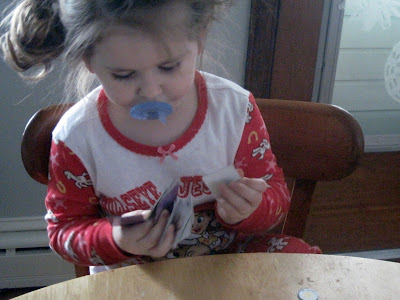 After picking my card, that's as far as the trick went!  She then got up to go ask Joe to "Pick a card!  Pick a card!"

This post has been linked to the following blog carnivals and linky parties:

What a cutie! I'm sure whatever she was wearing she was cute in it. So sorry it's a struggle to get things on her. I've had that with some of my kids sometimes...

As for her fun new card game. HAHA! Fun!

I am Harriet said...


Have a great WW.
http://harrietandfriends.com/2012/02/watching-the-storm-clouds-roll-in/

Snow Bunny or Not?