Wordless Wednesday ~ Getting ready for Halloween

Grace is really getting into the whole Halloween thing this year.  I'm not so sure she understands that it's an actual day for dressing up and trick or treating, but she's really enjoying the pumpkins and decorations.  She was so excited when I brought down the decorations from the attic! 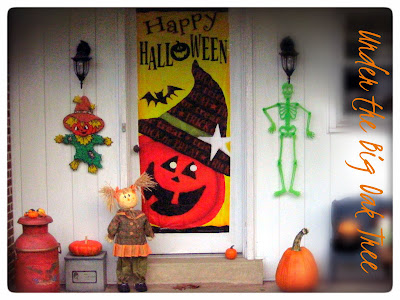 We decorated the front of the house first, then added a few decorations around the house.  Joe picked up some orange and purple Halloween lights on clearance last year, so we draped them across the shelf in the kitchen and some across the tops of the windows in the living room.  Grace loves them so much, she makes us sit in the dark so she can enjoy the lights at night! 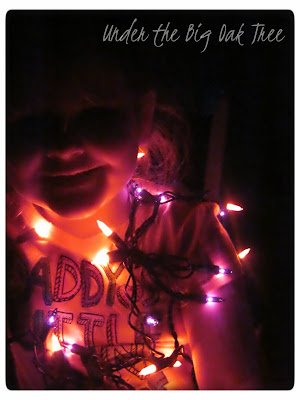 I set the DVR to record a couple of the Halloween episodes of her favorite shows and while we were sick over the weekend, we watched them over and over (and over) again.  All while she was wearing a very large witch's hat while we snuggled on the couch! 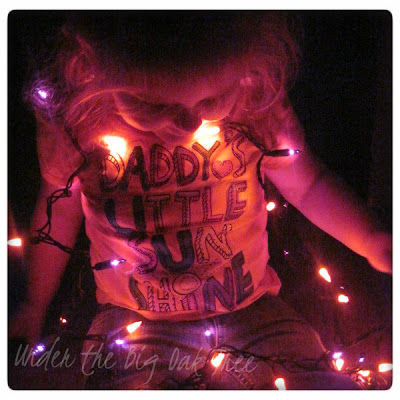 After watching her Elmo Says Boo! DVD for the past couple of weeks, Grace told her first joke!  One she heard Elmo tell Count von Count several times!


What did the ghost feed the monkey?

She cracks me up! 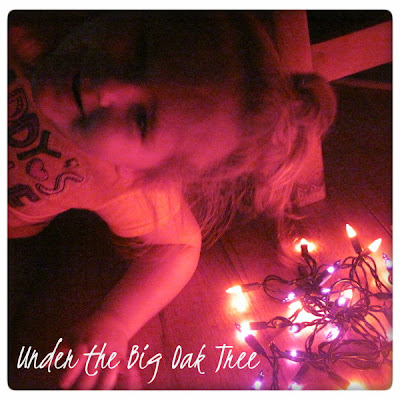 We ran a quick errand to Walmart on Sunday.  While we were there, I wanted to check out the Halloween aisle to try to get an idea of what she wants to be for Halloween.  She just kept saying "I don't know".  So, like I said, I'm not sure if she understands the concept or if she is just feeling overwhelmed. 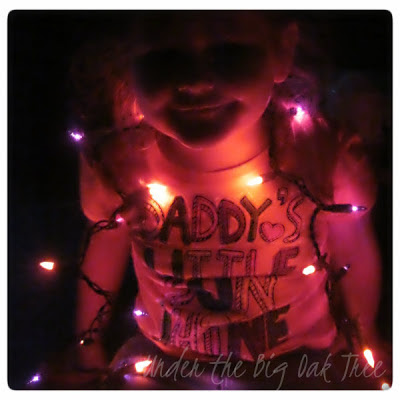 While I was checking out the clearance shelves next to the Halloween section, Grace was giggling.  When I turned to see what she was laughing at, she pointed to the creepiest clown mask telling me it was a joke!  Maybe she saw it's menacing grin as a fun, happy smile?  All I saw was creepy! 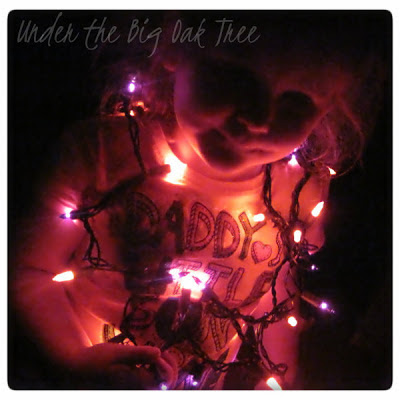 I have a feeling she's going to be one of those kids that likes horror movies and haunted houses!  If so, she'll be spending a lot of time hanging out with her daddy, since I don't do scary!  At all! 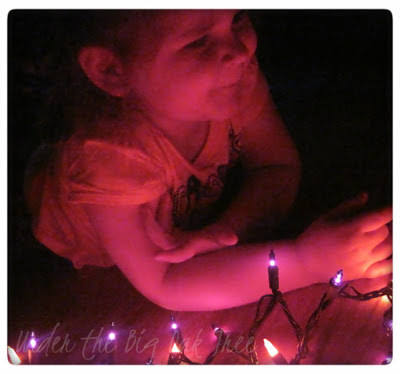 Even though I'm horrified at the idea of Christmas decorations being on display at stores already and the fact that I saw a Christmas commercial on TV the other night, I'm really looking forward to decorating for Christmas this year!  If Grace is enjoying the three strands of lights we put up for Halloween, she is going to LOVE the Christmas lights this year!

Perfect age for decorating (then re-decorating her mistakes when she isn't looking later on) :-)
Erinn of www.3sonshave.com