Here I am, the day after my Keurig Vue House Party.  Sitting here writing this post, I am exhausted and thoroughly pleased with how well the party turned out.  Isn't there always a sense of pride after a successful party?  That wonderful feeling you get knowing that all of the hard work and preparation was soooo worth it in the end!  That's how I feel right now!

While Joe and I host Grace's birthday party and various cook-outs during the summer, this was our first time hosting something indoors.  I was a bit out of my comfort zone.  We live in a small rancher that sometimes feels too small for just the three of us, I was terrified to invite more than one family over for the afternoon!

Originally, my plan was to host the party outside.  Thinking the brisk fall weather would induce more coffee drinking, but I didn't want to be stuck inside playing the part of barista for the party, while my guests visited out back.

Instead, I rearranged some furniture, cleared out most of Grace's toys, and made the most of our small space.  With everything set up in our oddly-shaped kitchen ahead of time, I was able to avoid a lot of traffic jams once guests arrived and wanted food and a demonstration of the Keurig Vue!

After getting an email notification from FedEx letting me know that the package sent from Keurig was delivered, I ran out to the front porch to find this lovely package waiting for me!  I carried it as far as the driveway before realizing I should quick take a picture before bringing it into the house! 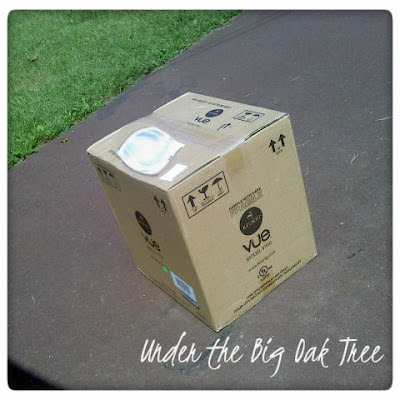 Grace saw the package and gasped, "For me?"

I tried to explain to her several times that there wasn't anything in the box for her, as I didn't want her to be too disappointed.  Especially since she was helping me open the box!

Turns out, she was perfectly content with the box that the Keurig Vue was shipped in!  Good thing, right?  I mean, I didn't want a disappointed 3-year old ruining my excitement! 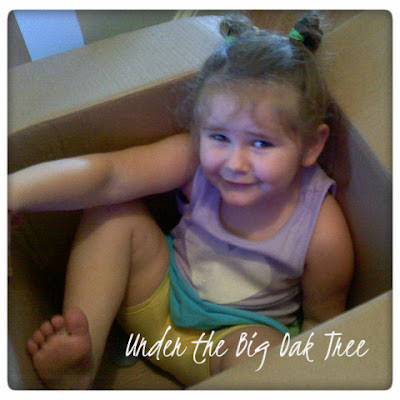 Here's a photo of the Vue still in it's box, waiting for me to clear a spot on the kitchen counter; it's temporary home until Joe made a few adjustments to it's more convenient, permanent home. 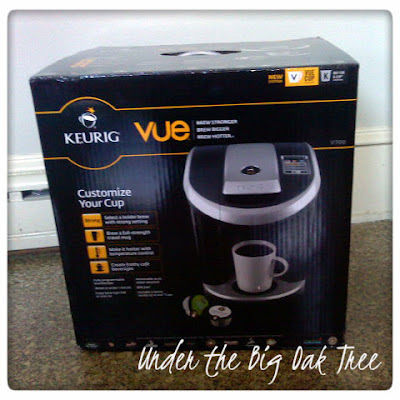 Once there was room on the counter, I was able to remove the Vue from the box and start removing the wrapping, tape and screen protector. 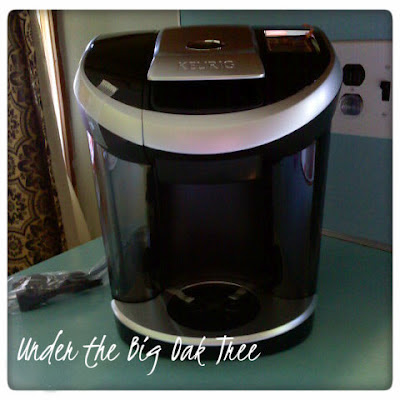 Since, I hadn't been able to get out to the store, I was excited to see that there were assorted Vue packs included with the brewer.  Hmmm....what to try first?!


Check back later in the week, to see how we show off our new brewer!

And don't forget...if you haven't joined House Party yet....you should!