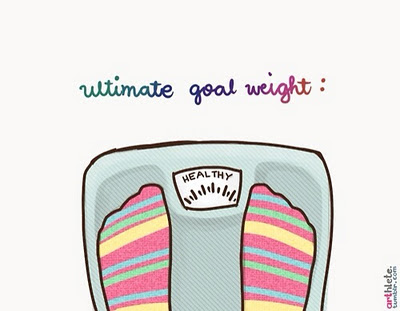 I'm really late in posting my update from last week.  I planned to start working on the post over the weekend and then just updating the weight on Monday morning, but we were busy around the house over the weekend.  Then on Monday, Grace and I ended up going out with a friend since she was off from work.  After that, this week just got away from me....anyway, on with the update.

Last week, from Tuesday until Thursday I did great.  I started my day each morning with either a bowl of oatmeal or Cheerios with banana, kept the calories low, cut out the soda, drank a little water, and increased dairy.  The weekend was a totally different story.  Snacks and soda the entire weekend.  Although, I did stick to the oatmeal or Cheerios for breakfast the entire week.

I stepped on the scale and was greeted with a pleasant surprise!  A 2 lb. loss!  Yay!

You would think that would be the incentive to get me back on track after that snacky weekend, right?  Nope!  It's been a rough week!

Since Christmas, we've been working on getting Grace's sleep schedule back on track.  Running around shopping and then visiting over the holidays really messed up her sleep, even though we tried to be mindful of her naptime and bedtime while running here and there, but still her schedule is a bit out of whack.

Also, since Christmas, we've been working on having Grace sleep alone in her big girl bed.  It's a long story, but for the past 2 years (since she out grew her co-sleeper), I've been sleeping in her room with her.  Mainly because she wakes during the night and when I'm in my room, I just don't hear her...even with a monitor.  I'm at the point now, where I feel that Joe can either wake up with her when she cries at night or he can wake me up.  Grace has been up almost every night since Christmas and as much as Joe tries to get her to go back to sleep for him, she won't.

It's been an exhausting few weeks.  And when I'm tired, I'm hungry and I don't care much about counting calories or watching what I eat.  Today is a new day and I'm determined to get back on track with my food and calories....sleep or no sleep!

I'm dreading the scale on Monday.  I worry that I've gained back those 2 lbs....or more!

Congrats on the 2lbs loss! Hoping that you didn't gain this week!! but remember we all have hiccups! I know i know we never like to see them but know its okay if it does happen but im wishing you nothing but the best!