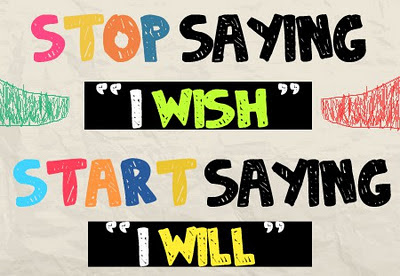 I mentioned in yesterday's update that I set up our Wii in the living room on Sunday.  Monday was errand day, so it sat there on our mantel alone and neglected.  On Tuesday, I checked batteries, made sure everything was connected correctly and searched the entire house for my yoga mat.  There was a small glitch that I needed Joe to check out for me before I could get in a workout.  Turned out to be just me, having an airhead moment.  You see, it's been so long since I've used our Wii, that I forgot how to set it up.

Anyway, after Joe came to my rescue and not only showed me my stupid mistake, he also found my missing yoga mat, I lost interest in working out.  Instead, I watched some Big Bang Theory reruns (I LOVE that show!) and ate some chips between running back and forth from the living room to Grace's room to see what her next excuse was for not being asleep yet.

By the time I was certain she was fully asleep, I started to feel guilty about the chips (and the other snacks I ate during the day) and decided that I should at least do the body test before going to bed.  I did the test and was not a single bit surprised when it told me I was out of shape!

What did suprise me, is the fact that I didn't want to just quit and go to bed at that point.  I mean, I did say I would just do the body test before going to bed.  Instead, I decided to do a couple of balance exercises.  I figured 10 minutes worth and then bed.  I ended up doing several minutes worth of balance exercises, 3 basic runs and even a few aerobic exercises all adding up to 30 minutes!  Less than half of that was actual exercising, the rest was just doing the ski jump balance thing.  But the fact that I got my big ol' butt off the couch for more than a run to the snack cabinet during commercials is a huge big deal to me!  Plus, with my two bad legs and all of this extra weight, I really do need to work on my balance.

It's now after midnight, officially Wednesday and I'm still awake.  I feel great and am looking forward to another workout (or two) tomorrow!  I'm going to try to get Grace to do some of the exercises with me.  If that works, I may not have to wait until after her bedtime to work out.

Right now, the only thing I regret is that I didn't delete my information from when I was using the last year.  I'm going to check to see if there is an option for that, but wish I would have done that before exercising on Tuesday so everything would be more accurate.

So, here are a couple of  questions:

Second, the Wii is what started me on my fitness journey. It's amazing how making it fun and easy can make the exercise minutes fly by! I think in no time you'll be loving the new you so much, you're gonna graduate from using the Wii.

This weight-loss journey is tough but so rewarding, too. Keep it up cause you're doing a great job so far!

I have a Wii and Wii fit, along with a million other games (that are supposed to motivate me). I love the dance games though and yesterday, so that I could have popcorn at the movies, I busted it out and did 30 minutes worth of dancing. I actually really enjoy it, and I love Wii fit, especially the boxing.

I also love Big Bang Theory, and almost named my cat Zazzles after one of my favorite Sheldon moments!

We are headed out for a work dinner tonight, but I am hoping to bust out the Wii when we get home, that and not ordering wine at dinner will be the big ones for me.

I use wii fit a lot. I used to used the game Exerbeat quite often. I find many games are really helpful for getting me moving... I am waiting for ZUmba 2 to come in the mail now... How is the challenge working for you?