Long before the Pinterest Hasselback Potatoes craze, my family has been making thinly sliced potatoes on the grill.  It's a favorite for summer cookouts and camping trips.  Almost everyone we've served these to have gone on to make them for their own summer gatherings.

It all started when I was a kid.  My family was camping with friends (who just happen to be a part of Joe's extended family) and they made these wonderful potatoes one night for dinner.  We enjoyed them so much, we continued to make them for years after.  Later, after I grew up, I just happened to marry into that family and with both sides of the family making these potatoes, we get to enjoy them very often! 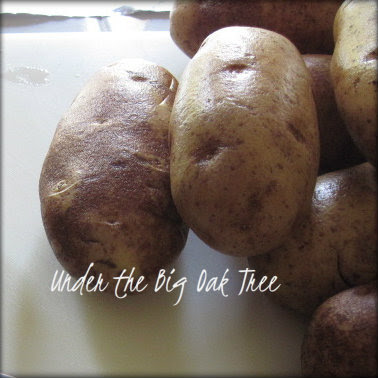 You start by scrubbing a pile of potatoes.  We usually make one potato per person then add a couple of extras.  If the potatoes are really big (like the ones from Costco) we make a few less figuring that the kids can share. 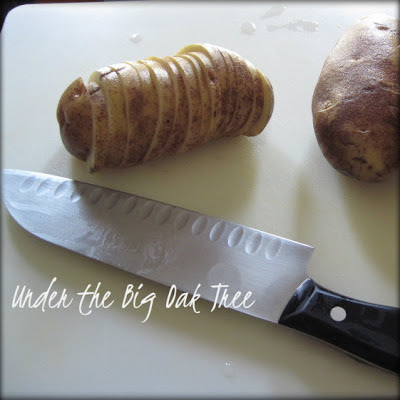 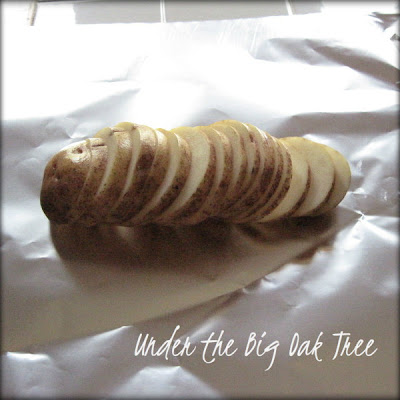 Place on foil and press down lightly to fan out the potato just a bit. 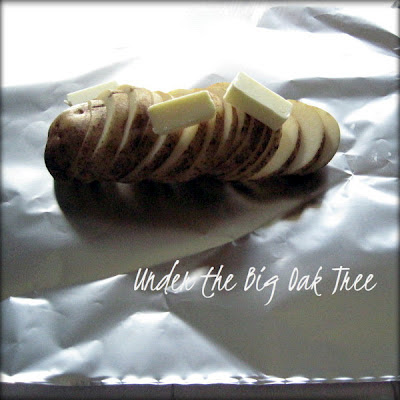 Add a couple pats of butter or margarine. 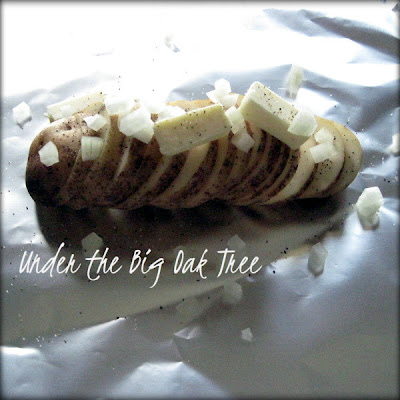 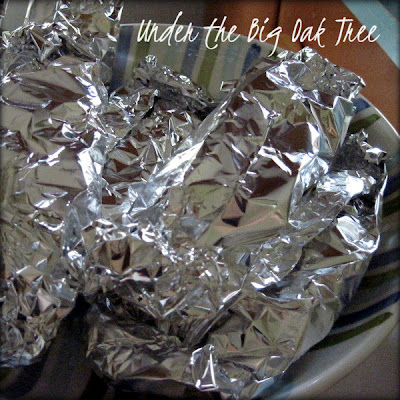 Wrap in foil, by folding it in half lengthwise and folding the edges over.  Then roll the sides up to keep the butter in once it melts.  Be sure not to roll the potato up too tight.

Place on grill and cook until potatoes are tender.  This can be anywhere from 30-50 minutes depending on how hot you get your grill. 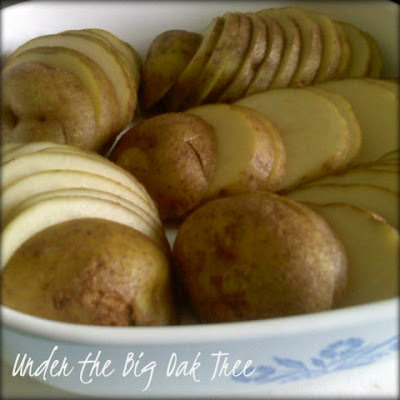 When we lived in our apartment, we didn't have a grill.  I was really in the mood for these potatoes, so I made them in the oven.  Instead of wrapping them in foil, I placed them in a lidded casserole dish and baked them for about 40-50 minutes at 350 degrees. 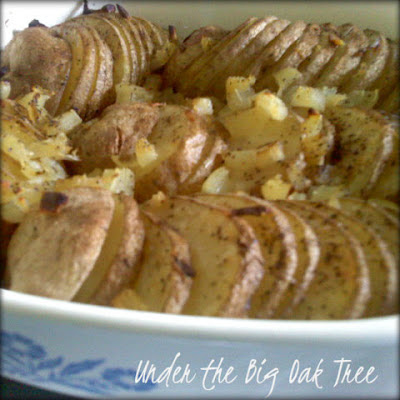 After checking to make sure they are tender, pop back in the oven for a few more minutes with the lid off to crisp up the edges a bit! 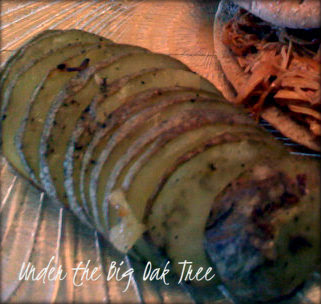 I have to admit, even now with a big back yard and a grill, I tend to make them more often in the oven than on the grill.  I don't grill.  Joe does the grilling.  But he isn't always home in time to help out with dinner.  So, I'm glad to have another method for preparing this family favorite.

I LOVE grilled potatoes too :) I cut all the potatoes into thin slices and throw them in a tinfoil pan with some butter, seasoning salt and onions. Cover the pan with tinfoil and throw on the grill. So easy!

I am adding these to my MPM next week. Yummy!!